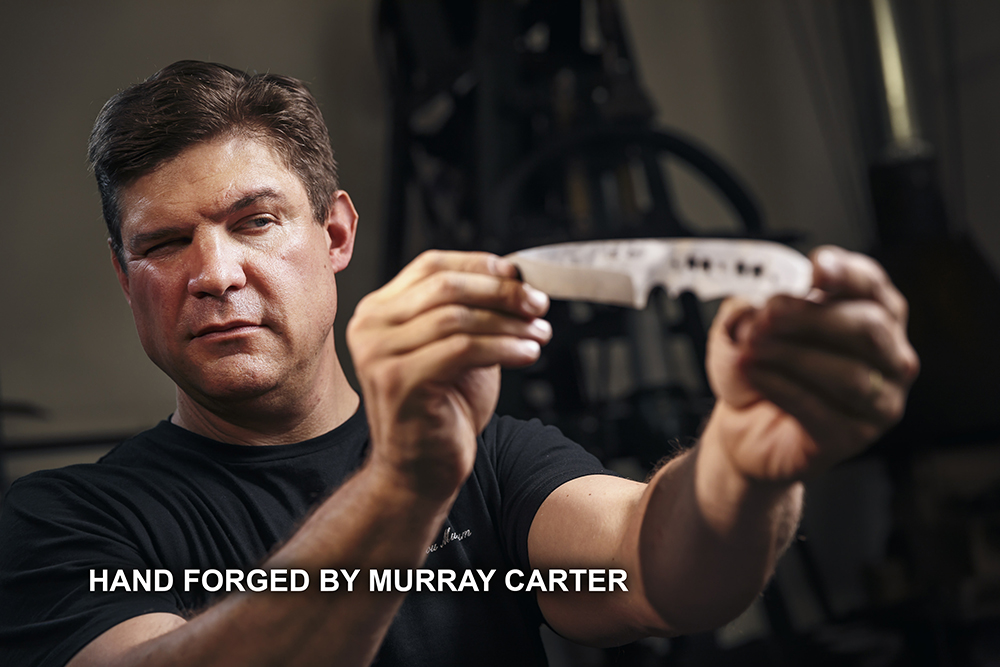 We first gained international recognition in 1997 when Murray first debuted his Japanese blades at The Blade Show in Atlanta, Georgia. Carter Cutlery operated from 1997-2005 at Tabaruzaka Park in Kumamoto, Japan, at which point Murray packed everything up into a 40’ container and fulfilled a lifelong personal dream to become a United States citizen and moved the shop to Vernonia, Oregon. In order to answer the many inquiries he received to share his knowledge of the traditional Japanese techniques, Murray opened up his shop to conduct the world’s first Japanese Bladesmithing School in 2006. Since then, there has been a steady stream of eager students from every corner of the globe.

Shortly thereafter, Murray took on his first apprentice and started training him at the age of 15 years old. The business was slowly transforming into something bigger than Murray had ever imagined. As the demand for Murray’s knives outpaced his supply, he considered a larger location in order to step up production and provide a better facility for his classes. In 2011, he moved the shop to Hillsboro, Oregon, increasing the available shop space from 400 to 2500 square feet in 2017.

Carter Cutlery used to be about Murray and his knives, but today, it is about the company and its people.